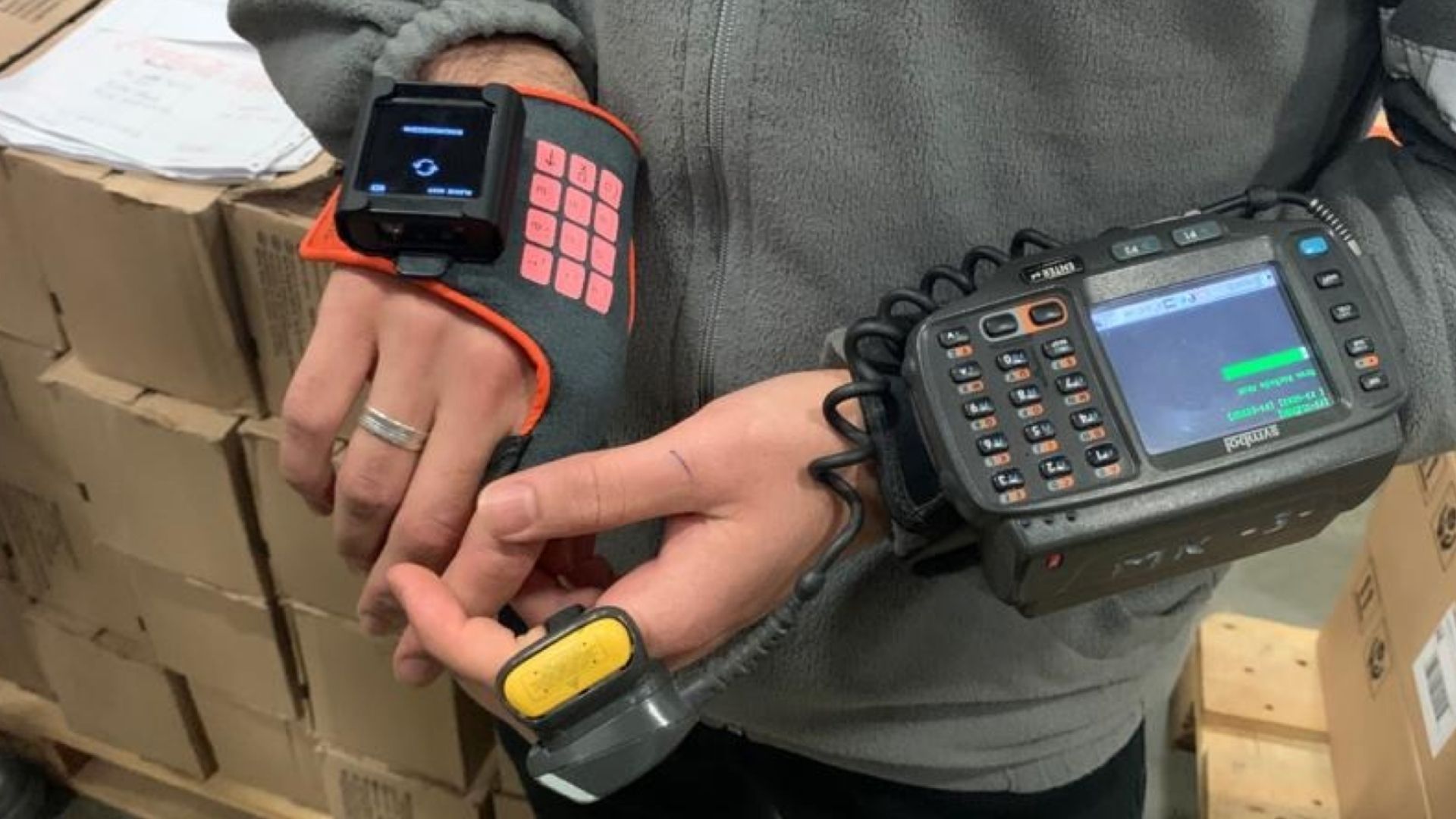 Handheld terminals have been used for many years to facilitate the processes, especially in warehouses. Although it was useful compared to the technology of its time when it was first used, it is now behind its age with the advancement of technology and the step from industry 4.0 to industry 5.0.

Today, most industrial businesses face the same problem: figuring out how to use technology to validate work orders and record process measures. Many businesses use clunky, unwieldy, and sometimes unreliable handheld scanners. They add needless bulk, must be switched off, and are often misplaced or broken. This slows down work processes, causes mistakes, and lowers efficiency.

TIM’s smart gloves solve these issues by transforming handheld scanners into smart, wearable barcode scanners, resulting in improved performance, usability, ergonomics, consistency, and process reliability. Employees can quickly start the scanning process, they don't have to look for the scanner all the time, because they still have their hands free.  Thread in Motion speeds up processes by up to 50%, eliminates errors, increases consistency, and gives you concrete evidence to base future decisions on.

It differs from the traditional handheld terminals in many ways, including WiFi connection, a wider scan range, image processing, and substantially longer battery life. TIM’s smart gloves are designed for use in manufacturing, logistics, and retail, much like its predecessor. Here are some of the differences between the longstanding handheld terminals and the new generation ones.

More Durable: Thanks to the new generation wearable technology, military material quality and conductive thread, it remains resistant to all impacts and drops for up to 6 months. Since it is in the form of a glove, it is also unlikely to experience situations such as losing or dropping.

Smaller Screen: As TIM, we understand the importance of lean management in recent years. We aimed to make everything smaller and more functional. TIM smart gloves developed with this motto, have the capacity to do what handheld terminals do and even more. So that, instead of hard-to-carry large-screen handheld terminals, our smart gloves have a small compact screen.

Longer Battery Life: TIM especially paid attention to low power consumption while developing. Our smart gloves last up to 10 hours on a single charge. Besides, it will not run out of charge until 3000 scans. Thus, efficiency in operational processes is increased.

Keypad Instead of Touch Screen: Larger handheld terminals have touch screens that lose their function after a while, especially in sectors where heavy work is done. TIM smart gloves have a keypad in order to avoid breaks, cracking, loss of touch feature, and to perform all processes with a single device.

The Lighter the Better: Since employees are constantly mobile with handheld terminals of 500 to 1000 grams, there is an extra burden on employees from the beginning to the end. Smart gloves, on the other hand, eliminate this burden because they can be worn by the hand and weigh only 45 grams.

If you are looking for a better solution in your company in order to digitize your workflows and create valuable insights, see Thread in Motion’s products here and start saving time & costs!