Software Development Trends of 2022 | Will These Make You Superior? 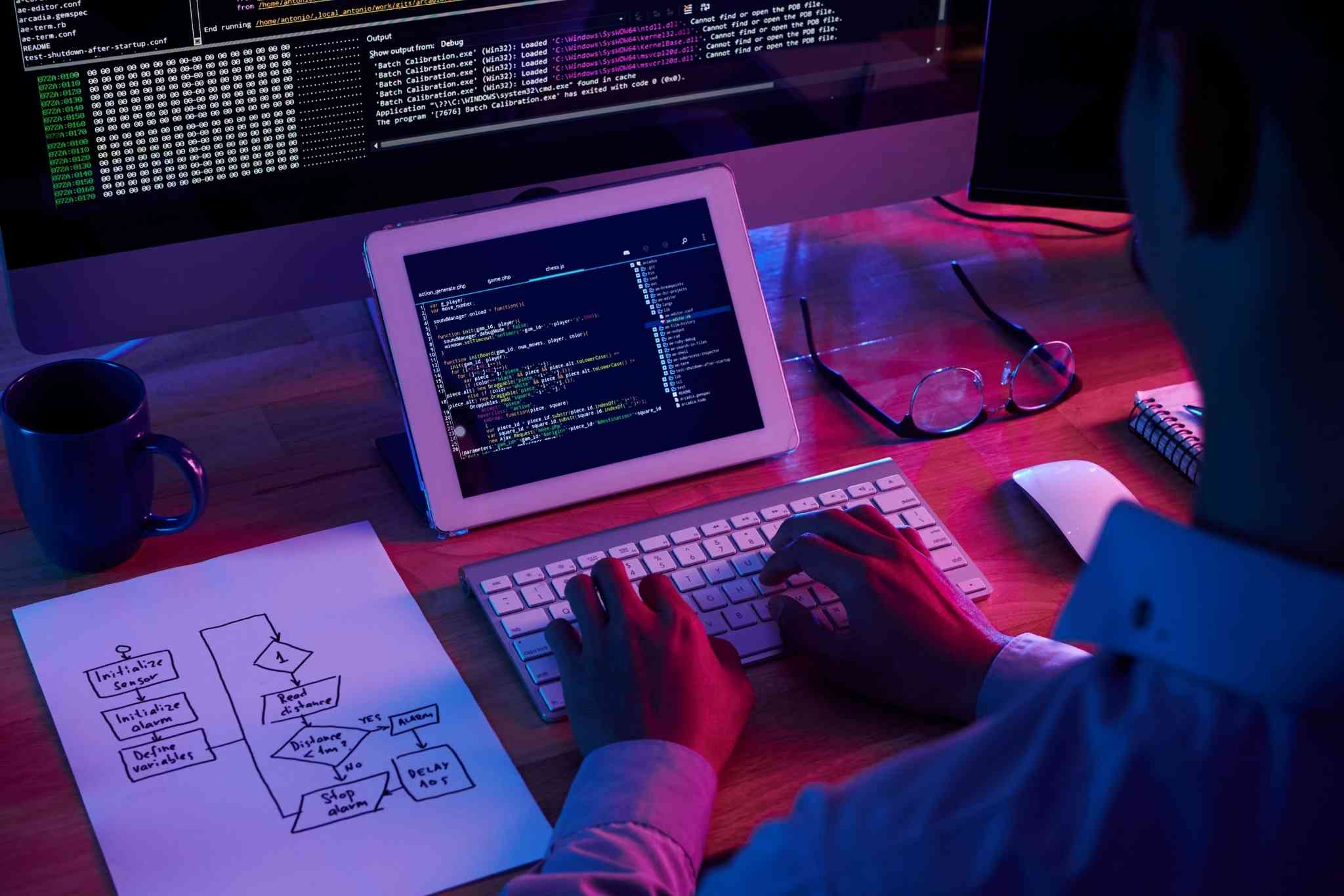 Organizations that wish to stay competitive and be first adopters in their respective industries must keep up with the newest software development trends. App creation is driven by societal and business needs, and this trend will continue indefinitely.

The current global pandemic has permanently altered the laws of software development. Businesses were frequently obliged to pivot to new digital business models, exerting pressure on developers and designers to create cutting-edge digital goods and services as rapidly as feasible.

The trends we're seeing are mostly focused on creating infrastructures that are scalable, resilient, and adaptable to unexpected changes. At the same time, in this era of increasing uncertainty, CTOs are looking for ever more imaginative ways to improve performance and make savings.

The software development industry is developing, evolving, and transitioning at a rapid pace. It is continually generating new trends and software innovations.

Keeping up with industry advances is critical for all online businesses since it allows them to create a better online consumer experience and outperform competitors in the digital arena. The better and more responsive the company's online experience is, the more likely it is to become the industry leader.

We may notice the rise of new software development trends as technology continues to evolve. They appear and vanish. However, some of them will shape the online environment and future for years, if not decades, to come. As a result, not only developers but also business owners who wish to keep up with digital advancements need to be aware of the most popular software development trends in 2022.

What makes it so crucial? It enables businesses to beat the competition, provide a better online experience for clients, convert more online sales, and so dominate the industry.

Furthermore, programming languages are always being improved, allowing developers to take advantage of new and powerful features. These improvements provide firms with new and interesting prospects. 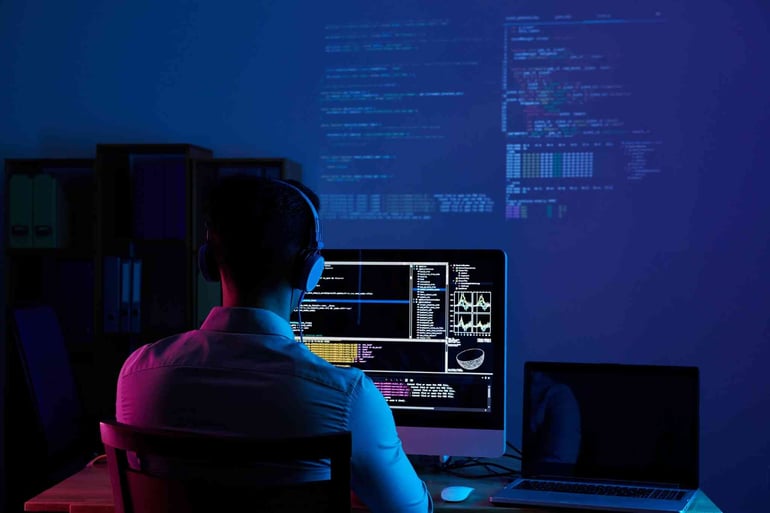 Digital enterprises will undoubtedly be busy in 2022. Enterprises and IT teams will see a growth of cloud-native technologies that provide the flexibility required in today's unpredictable times, according to software development trends. Monoliths will coexist with microservices, which are becoming increasingly popular, allowing businesses to expand their capabilities.

Edge computing will grow in tandem with IoT devices. As a result, the number and complexity of risks and threats will continue to expand, forcing cybersecurity teams to work even harder and unlock the importance of DevSecOps in their organizations.

We also expect GPT-3's ascent, as well as a visible increase in interest in Web 3.0, to alter the software development landscape. When developing new apps and solutions, keep an eye on these trends.

Here are a few recent software development trends to consider!

Java and JVM are Still Popular Among Programmers.

Java first arrived in the developing world in the mid-1990s, and it has since risen to the top of the list of most popular software development technologies.

"Write once, run everywhere," is the basic explanation. Java has been adopted by a large number of businesses due to its high-security level, and leading service providers such as Google, Microsoft, and Amazon support it for application development.

Is it so prevalent just because it is safe? No, of course not. Java has a lot more to offer, including great stability, automated memory allocation, widespread use in Android App Development, and a large number of open-source libraries. It also provides a significant degree of platform freedom thanks to the JVM capability. As a result, JVM is used as the runtime for several prominent programming languages such as Kotlin, Scala, and Groovy.

Despite having no competition in terms of reliability and trust, Java ranks among the top software trends in 2022, requiring developers to closely monitor and learn every new Java programming technology.

The Internet of Things (IoT) is fast developing to incorporate billions of connected devices in a variety of industries, including healthcare, agriculture, shipping, and manufacturing, enabling a variety of modern comforts.

Each of these devices demands software to function, necessitating a large number of software engineers to build it and contribute the necessary security to prevent each one from being a point of entry for hackers within a system.

The Next Big Thing in Web Development is Progressive Web Applications

Show us someone that would wait till an app was downloaded before using it. These days are long gone because modern people want a quick remedy. PWAs do this by being faster and lighter to install than traditional apps, while simultaneously providing a native-like user experience and the ability to give notifications.

When utilized offline, progressive web apps are reported to increase consumer experience by 137 percent. Furthermore, users do not have to be concern about modifications because PWAs have modified automatically every time they are accessed, thanks to their unique capabilities.

This type of software is cost-effective and time-saving to design because it does not require several versions for different devices. When compared to a native app, this typically results in 3 or 4 times reduced costs.

Forbes, Starbucks, Pinterest, and The Washington Post are among the companies that have already adopted the technology. Pinterest claims to have seen a 44 percent boost in ad income and a 40 percent increase in user time spent on their PWA when compared to their mobile website.

Low-code/No-code Development is on the Rise

Because the demand for software developers has outpaced supply, low-code/no-code (LCNC) development has become a necessity for firms that need to quickly implement new initiatives. This form of software allows people who don't have any programming experience to design databases and other programs to support agile operations. This capability is becoming more widespread, and it will continue to grow through 2022 and beyond.

There Was a Battle Between Python and Java, and We Now Know Who Won

Python is the most popular language with the largest percentage growth rate, according to the PYPL index (19 percent ). PYPL index is a Google-based popularity index for programming languages that examines how frequently language tutorials are searched.

Python, as one of the preferred programming languages to learn, continues to attract an increasing number of newcomers eager to master it, and it is without a doubt one of the most recent trends in IT industry software.

Because of its simplicity and flexibility to support many programming paradigms, Python has seen a surge in the number of developers adopting it. Python provides a wide selection of application software that can be inserted into a code and grown to huge applications, opening up a variety of possibilities for web and desktop app creation as well as system operations management.

The Use of Modern Languages Has Improved

Modern programming languages are also well positioned to satisfy the needs of today's software developers. Because of advantages like type inference, null safety, expressiveness, and conciseness, languages like Rust, Go, and Kotlin are becoming more popular. Rust, in particular, is expected to breakthrough in 2022, according to some analysts. Both Microsoft and Amazon have made big investments in Rust recently.

Despite the fact that the Internet of Things has still yet to gain widespread popularity, Gartner estimates that by 2023, 40% of the global total will be tracked. IoB's data can be used to create a more personalized user experience.

Startups may observe the Internet of Things in operation by examining how YouTube personalizes streaming video based on how users react. Similarly, Facebook uses the same strategy to display ads that are more likely to elicit user interaction.

Let's Bring This To an End

Even if we are awestruck by the revolutionary developments in software industry trends that are taking place right now, it is far from enough. Modern businesses must learn how to translate such bold titles into day-to-day business reality in order to stay competitive.

Because of low capacity, team expansion, or new functions performed, technologies, languages, frameworks, tools, and approaches that have been there for years may easily become insufficient or obsolete.

Don’t be late to catch up with the new software development trends while we’re in the beginning of 2022.

We Explained the Importance of Packaging in Supply Chain Resilience

The importance of product packaging in the supply chain is greater than many ...

For original equipment manufacturers (OEMs), suppliers, and investors, the ...